Arbor Edge Defense (AED) is an inline security appliance deployed at the network perimeter (i.e. between the internet router and firewall). AED’s unique position on the network edge, its stateless packet processing engine, and the continuous reputation-based threat intelligence it receives from NETSCOUT’s ATLAS Threat Intelligence feed enable it to automatically detect and stop both inbound threats and outbound communication from internal compromised hosts – essentially acting as the first and last line of defense for organizations.

Defense at the Network Edge
Deployed in between the firewall and internet router, and using highly scalable stateless packet processing technology, Arbor Edge Defense acts as a network edge threat intelligence enforcement point where it blocks in bulk, inbound cyber threats (e.g. DDoS attacks, IOCs) and outbound malicious communication - essentially acting as the first and last line of perimeter defense for an organization.

Be a First Line of Defense

Be a Last Line of Defense 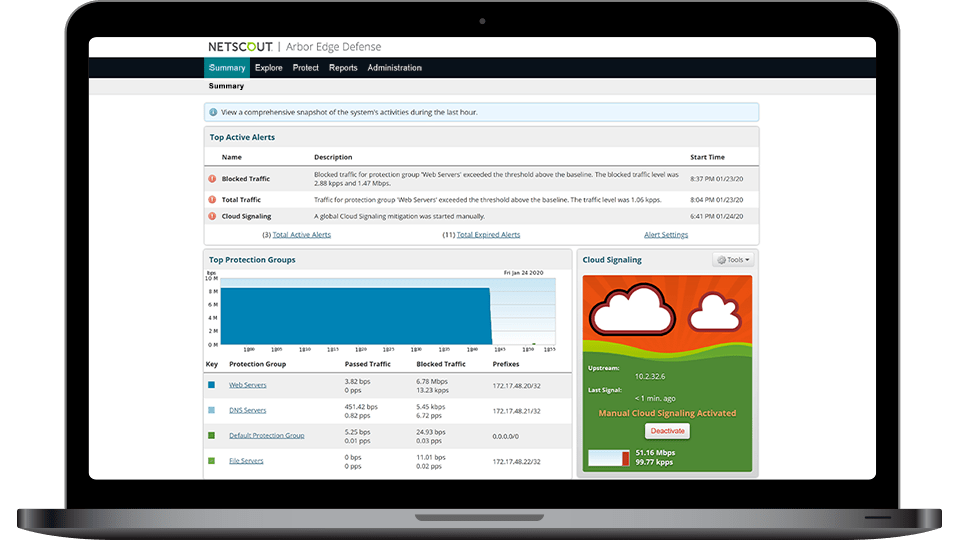 Edge Enforcement of Your Threat Intelligence