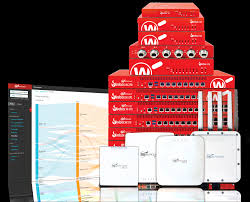 From the board room to the branch office, the pace and complexity of decision-making about network security has been increasing. How can you ensure that your decisions are timely, effective, and better informed? You need Visibility. This is when you most need your data visualized and presented from the Cloud so that you can quickly see high-level trends compared with important thresholds, and drill down to the details to determine the correct course of action. This kind of visibility dashboard is now an essential tool required for today’s network security solutions.

In the field of network security, the readability of data is often more valuable than the knowledge itself. If you can see something, you can react to it, so clear legibility allows for effective protection. This is what WatchGuard Dimension does - an award-winning virtual machine to run in your own environment or in the public cloud. This system is standard with every WatchGuard UTM (Unified Threat Management) and NGFW (Next Generation Fire Wall) device.

With WatchGuard Dimension, you can:

WatchGuard Dimension allows IT security managers to immediately visualize and isolate network security threats. The addition of Control subscriptions to Dimension adds functionality of full management of devices working in the system. WGD is a virtual machine ready to run in a private or public cloud, allowing you to observe and respond from anywhere in the world in real time.

Test the demo:
Click on this link to run the demo. A new window will open.

The WatchGuard Dimension Web UI works with and supports the following browsers:

The demo is set up in such a way that you can see a single element of the system together with its sample data.