Advantage at every stage of compromise
Flowmon ADS adds the network-centric layer of defense to your security matrix (see SOC Visibility Triad) to detect the slightest network anomalies that indicate the activity of unknown and insider threats undetectable by perimeter and endpoint security. Context-rich incident visualization in the MITRE ATT&CK® framework keeps you briefed on the scope, severity and future development of the breach. 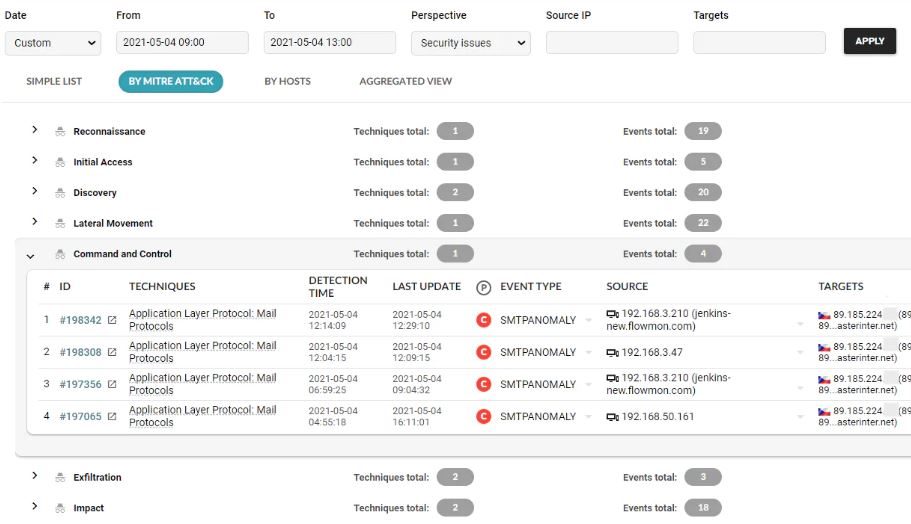 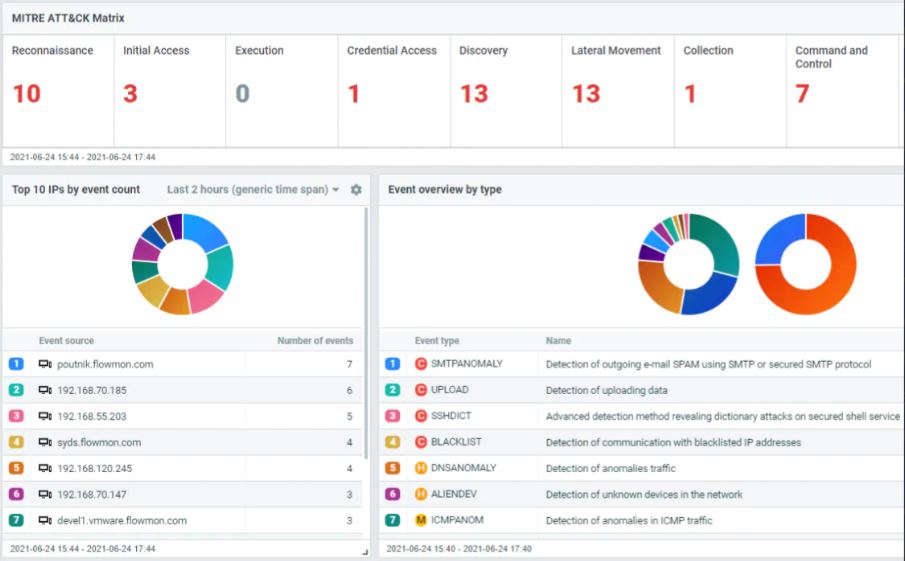 Leverage Suricata IDS
Flowmon ADS includes a built-in IDS collector that receives events from Suricata IDS and allows the system to cover more attack vectors by combining the best of the two signature-less and signature-based approaches. The IDS events are displayed in the UI for filtering and analysis and are included in events detected by ADS as well to supply additional context about the detected incident. 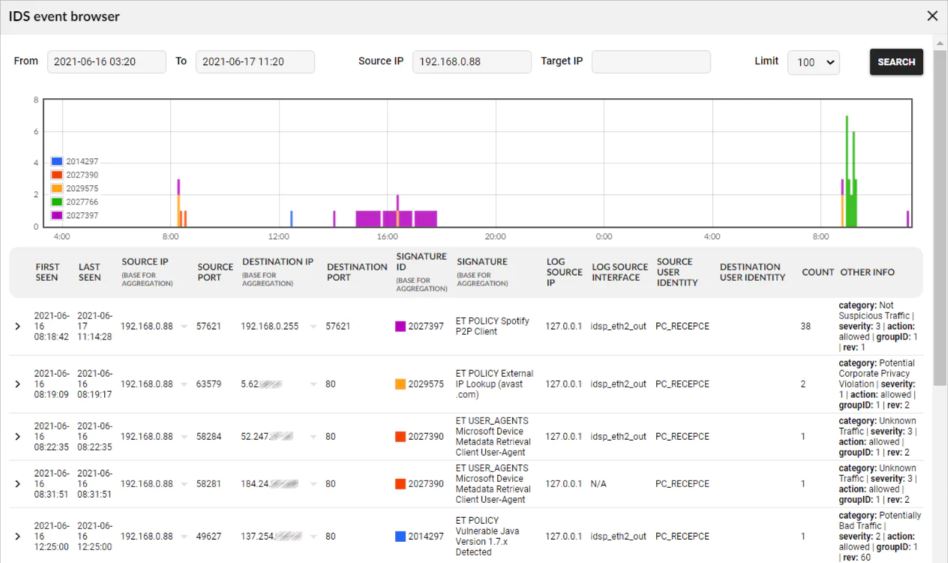 Minimize false positives and stay focused
Center on relevant issues only. The ADS distinguishes between anomalies and normal traffic and only alerts you when a real danger occurs. Detected security events are ranked by severity, and the solution’s built-in expertise enhances your situational awareness and speeds up triage and response. 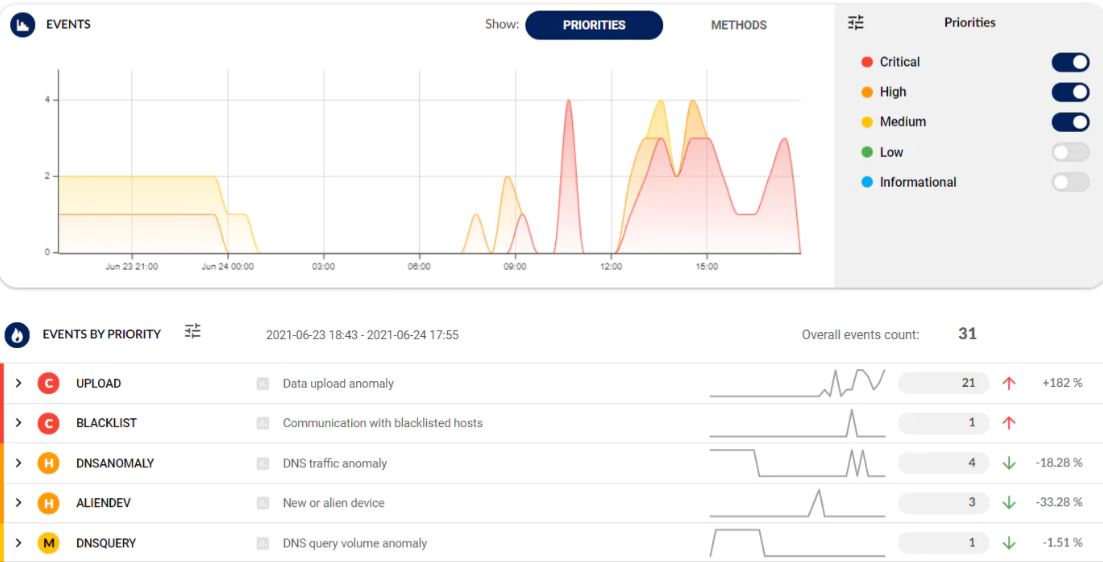 Configuration wizzard
The system comes with pre-defined configurations for a variety of network types and automatically adjusts the settings after the initial configuration by using a simple wizard. Then, by managing false positives, maximize the relevancy of detected events.

Prioritization and reporting
Use out-of-the-box prioritization or apply your own severity rules at a global, group or user level. Create custom dashboards for security, networking, IT helpdesk or managers based on their interests.

Advanced action triggering
Respond to attacks automatically through script-based integration with network or authentication tools. When detecting an event, Flowmon can connect to, e.g. Cisco ISE through pxGrid, and quarantine the malicious IP address.

Attack recording automation
Trigger full packet capture automatically when detecting an event. Thanks to the Rolling Memory Buffer, the recorded packet trace includes network data, even from the period before the attack started. Use a filter to store the particular attack communication only.

Behavior patterns
Detect misuse and suspicious behaviour of users, devices and servers. By understanding protocols such as DNS, DHCP, ICMP and SMTP you can reveal data exfiltration, reconnaissance, lateral movement and other unwanted activity.